When you book with an account, you will be able to track your payment status, track the confirmation and you can also rate the tour after you finished the tour.
Sign Up

Or Continue As Guest

When you book with an account, you will be able to track your payment status, track the confirmation and you can also rate the tour after you finished the tour.
Sign Up
288

Why Book With Us?

Do not hesitage to give us a call. We are an expert team and we are happy to talk to you.

The main journey of this tour is made in the comfort of the train, is one of the fastest tours to visit the wonder of the world Machu Picchu.

Briefing in our office, between 5 p.m. and 7 p.m. of the day before the trip, detailed explanation of the tour with our guide.

Recommendation: Arrive 24 hours before the trip at the office of Conde Travel.

Upon arrival to Copacabana, you will visit the Basilica, an imposing white building with Arabic touches, decorated with blue Portuguese-style tiles, and topped with dazzling, multicolored domes. Inside is the Sanctuary of the Virgin of Copacabana – a statue carved in the 15th century that is said to be responsible for several miracles. Local legend says that if the statue were to be removed from the Basilica, Lake Titicaca would rise and flood the town in anger. You will also have the option to walk the 12 Stations of the Cross, a Catholic tradition in which every Easter, devotees imitate the path that Jesus walked on his last day in Jerusalem. You will have an hour and a half to explore the town at your own pace, taking in the beautiful architecture, nearby Lake Titicaca, and the breathtaking view from the top of Calvary Hill. You may also run into a Yatiri (shaman) in the street, known for doing spiritual cleanses called challas, reading fortunes with coca leaves, and carrying on the traditions of the native Aymara culture.

Afternoon: After the tour, you will have the opportunity to eat lunch on the outdoor patio of Hotel Rosario with a spectacular view of Lake Titicaca.

After lunch, you will take a boat to Pilkokaina – the legendary birthplace of the Inca Empire located on the southern part of Isla del Sol. Upon arrival, we will visit the ruins of the Incan Palace of Pilkokaina, the Stairway of the Inca, and the Inca Fountain, an important ceremonial and spiritual site thought by the Spanish to be the Fountain of Youth. We will then return to Copacabana (1 hour) and head to your hotel in La Paz (4-5 hours).

Morning: Half-Day Tour of La Paz and Moon Valley (OPTIONAL, not included in the original price):

Today, we will visit some of the most popular places in La Paz. This includes the popular artisanal market located in Calle Sagárnaga, and the Witches’ Market (Mercado de las Brujas), where you can find medicinal herbs, home remedies, and other fascinating ingredients used in Aymara rituals. The tour will continue on to the Basilica of San Francisco (museum fee not included) and Murillo Plaza, where you can find the Cathedral Basilica of Our Lady of Peace, the Government Palace, and the National Congress building. Afterward, you can visit Jaén Street, one of the last colonial-era roads left in historic downtown La Paz. Along its cobblestone walkway, you will find many museums, bars, restaurants, and shops selling all manner of different things. Next, we will take you to Plaza España where you can hop on the cablecar towards the southern end of the city and appreciate its beauty from the sky with breathtaking views of Obrajes, Calacoto, and La Florida, several of La Paz’s most beautiful neighborhoods. Finally, you will visit Moon Valley with its otherworldly rock formations, and you can also stop by the house of famed Bolivian potter, Mario Sarabia. This should take about 4 hours, and then back to your hotel.

Afternoon and Evening: You will be picked up from the hotel lobby by a chauffer and taken to the bus terminal. The overnight bus to Uyuni leaves at 21:00 and lasts approximately 10 hours.

Dinner and the next morning’s breakfast will be served on the bus.

Morning and Afternoon: Uyuni Salt Flats (Full Day): You will be picked up from the Uyuni bus station at 7:30, and taken to TIKA, a restaurant in Jardines de Uyuni Hotel, where you will have a brief rest until the tour starts at 10:00 a.m. Salar de Uyuni is the largest salt flat in the world with an area totaling more than 12,000 square km (7,455 sq mi). One of the many amazing sights in Uyuni is the train graveyard, a place full of abandoned locomotives from the 19th and 20th century. You will have time to explore, so don’t miss out on this great photo op! You will also visit the town of Colchani, where you’ll have a chance to witness an artesanal salt-processing plant. You will see how salt is collected, dried, and turned into the stuff you put on your table everyday. You can even buy some of this unique salt yourself! And don’t miss the ojos de sal, holes in the salt flat where water seeps out from underground springs, and the “salt mountains,” where salt is dried in the sun after its extraction.

The next stop will be Incahuasi Island (also known as Isla Pescado), located in the middle of the salt flats, famous for its giant cactus which can grow to over 10 meters (32 ft.) in height! Lunch will be served on the salt flat for a once-in-a-lifetime experience. You can also use the unique landscape of the salt plains to take fun photos, playing with proportion and perspective. Show them to your friends and they’ll be sure to get jealous!

Note: Incahuasi Island cannot be visited during the rainy season.

After lunch, you will head north to the slopes of Tunupa, a nearby volcano, to visit Pucara Ayque, a Pre-Colombian fort and the mummies within. You will also have a chance to watch the sunset over the plains before returning to your hotel in Colchani.

Morning: You will be picked up from the hotel lobby and chauffeured to the airport to board your flight to El Alto International Airport in La Paz: BoA OB-303 leaving at 09:40 a.m. and arriving at 10:40 a.m. Any further flights or transportation needs will be the responsibility of the customer.

COST PER PERSON (in USD):

CHAUFFER + GUIDE, WITH A 4X4 FOR UP TO 5 PPL IN UYUNI, ROOM AND PRIVATE BATHROOM

(1) The cheapest flights vary seasonally and getting the best price depends on when we receive your payment and information.

(2)You are responsable for all of the fees and extra charges that your bank, or any intermediary bank, charges while abroad, or for payments or transfers made to businesses in other countries.

What is Machu Picchu?

Machu Picchu is an archeological center that preserves the remains of an Inca city, built in a green environment of mountains and rivers, a mystical and mysterious place; in addition, it is a patrimony of humanity and one of the most desired destinations in the world.

It is located at 2,400 m. a. s. l. in a cloud forest between the Andes Mountains and the Amazon rainforest of Peru.

How to get to Machu Picchu from Lima?

To get from Lima to Machu Picchu you must travel to the city of Cusco by plane or bus.

When to go to Machu Picchu?

It is possible to go all the year, the minimum temperatures vary between 8 ºC and the maximum around 20 ºC.
There are 2 seasons in Machu Picchu: the dry season and the rainy season. The first one takes place between April and October, it is characterized by little rain and a sunny climate. The rainy season runs from November to March and is characterized by constant rains.

How much luggage can I take on the train?

On trains to Machu Picchu you can only take hand luggage that should not exceed 5 kilos (11 pounds).

Can Machu Picchu be visited by people of any age?

From what time can I enter Machu Picchu?

What to see in Machu Picchu?

Machu Picchu is home to almost 150 amazing constructions, these are some of the places that stand out: 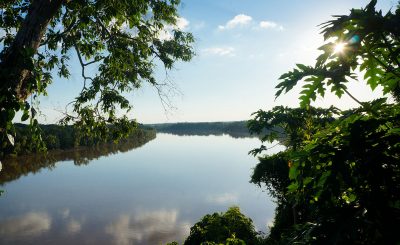