When you book with an account, you will be able to track your payment status, track the confirmation and you can also rate the tour after you finished the tour.
Sign Up

Or Continue As Guest

When you book with an account, you will be able to track your payment status, track the confirmation and you can also rate the tour after you finished the tour.
Sign Up
1052

Why Book With Us?

Do not hesitage to give us a call. We are an expert team and we are happy to talk to you.

24-hour assistance during the trip, in our main office at  Conde Travel.

Upon arrival in Lima, the tour group will meet you at the scheduled time of your flight and guide you to your hotel. The capital of Peru is a modern metropolis with a long history and is currently undergoing various cultural and economic changes.
In the afternoon, after checking in at the hotel, you will take a brief tour of the city.

Your journey begins with the Magic Water Circuit in Lima, a modern fountain system certified by the Guinness Book of Records as the largest modern fountain system in the world.
The Circuito Mágico del Agua Tour is located in the exhibition park and attracts crowds throughout the year, it is one of the most popular new attractions for tourists in Lima.

After the tour, head to a restaurant to enjoy a fantastic dinner with show, after which you will be sent back to the hotel for the night, and prepare for the next day’s flight to Cusco, overnight in Lima.

After breakfast at the hotel, the transfer will pick you up from the reception to take you to the airport, where you will take your flight to Cusco (Flight not included). The flight must land in Cusco. After landing in the imperial city, you will be transferred to your hotel in Cusco.

In the afternoon, you can enjoy a guided tour of this charming city, once the capital of the Inca Empire. The tour begins with a visit to the Convent of Santo Domingo, which was built over the remains of the Inca Temple of Qoricancha, one of the most important areas dedicated to the worship of the sun. Ancient chronicles say that its walls were covered and filled with gold leaf representations of nature.

Later, visit the cathedral, the most impressive monument of the main site of the city. Then go to the hills of Cusco, where the fort of Sacsayhuaman is located; its impressive walls offer a breathtaking panoramic view of Cusco. Night in Cusco

Day 3:SACRED VALLEY OF THE INCA

We will pick you up at your hotel at 7:30 am. The first stop is the route of the Sacred Valley of the Incas through Pisac (Pisac), the colonial city.

We will find the indigenous and traditional market, where you can buy handicrafts and souvenirs. After exploring the city, we head towards the archaeological remains of Pisac that are beautifully carved in the highest mountains. Then we continue the tour and appreciate the picturesque towns of Calca and Urubamba where we will enjoy a buffet lunch with traditional stews.

In the afternoon we will visit the town of Ollantaytambo and the Inca archaeological site of Ollantaytambo which was inhabited 500 years ago and still remains in quite good condition … Returning to Cusco we will pass through Chinchero, one of the most interesting places in the Andes with plateaus of multicolored cultivated fields, the chain of snow-capped peaks of the Valley and a beautiful sunset … We will also visit the colonial church housed in an Inca palace and the site museum appreciating the Andean dress before returning to Cusco, arriving around 7 pm.

The group will be picked up at the hotel to travel by bus for 4 hours. Later we will arrive to Mollepata, where we will meet our muleteers and horses that carry the camping equipment.

In this area it is possible to see the beautiful snowy peak of Salkantay. Then we will walk for 4 hours ascending to Sayllapata mountain where it is time for lunch. After lunch we will walk until we reach our camp Soraypampa, around 5:00 pm where dinner will be prepared.

Early in the morning we will have breakfast and then begin a 3-hour hike until we reach the highest point of our expedition, the Salkantay Pass (4,600 m.a.s.l.). From there, we hike to Wayracpunku, to have our next meal.

Then, the trek will continue into the high jungle where we will observe large trees with their arms outstretched over the streams, all full of bromeliads and orchids. This hike will take about 5 hours to reach our campsite in Chaullay where we will have dinner and rest.

The next morning, after a good breakfast we head by bus to Hidroeléctrica. It is optional to book zip line and hot springs in the morning. After this activity the bus will take the rest of the group to Hidroeléctrica where we will enjoy our lunch. Here we can relax for a while, then we will continue walking along the train track that leads through this great jungle that the Inca knew by heart to our final destination: Aguas Calientes.

We walk for approximately 3 hours and on the way you will find beautiful waterfalls, different ecological farms and possibly curious wildlife upon your arrival in the region at 5 p.m. Here the group will spend the night in a lodge. In the evening we will all meet at a local restaurant to enjoy an excellent dinner and have a briefing about our upcoming excursion to Machu Picchu. Then you are free to visit the city, which is wonderful after sunset.

We start our hike around 6:00 am for approximately 2 hours until we reach kilometer 104 where we begin our hike. The guide will lead you on foot to the archaeological remains of Chachabamba where the tour will begin.

From there the journey will continue and we will pass by a small and refreshing waterfall on the way to the archaeological complex of Winay Wayna where the impressive platforms will demonstrate the skill of Andean engineering.

After lunch we will continue the hike to Inti Punku (Sun Gate) from where we will have the first view of Machu Picchu as well as a beautiful panoramic view of the village on the hill. From here we will take the bus to Aguas Calientes where we will spend the night, have dinner and prepare for the next day in Machu Picchu.

At 5:30 am, after breakfast, we start the hike to Machu Picchu where we will have a guided tour of the different sectors of the archaeological complex, including the Intihuatana or sundial, used by the ancient Peruvian settlers. To climb the mountain of Huayna Picchu (optional), you can choose the second group 10:00 am.

The hike takes only about an hour, and it is absolutely worth it, the view is breathtaking and the experience will be unforgettable. We will board the train from Aguas Calientes to Ollantaytambo at 18:20, be sure to be at the station at least half an hour in advance. In Ollantaytambo there will be a driver waiting outside the station to take you back to Cusco.

We will pick you up from your hotel around 4:30 am – 5:30 am and head south through the town of Urcos to the district of Checacupe (2 hours by bus) and then follow the road to Pitumarca where we will have breakfast.
Then we continue along the road through hamlets until we reach the community of Hanchipata – Quesiuno (1 hour and 20 minutes by bus), the ideal starting point for the trek.

We will see incredible mountains like Ausangate, beautiful blue lagoons and many other natural sites.
The hike to Vinicunca (Rainbow Mountain) will take approximately 3 hours. At this peak we will savor the view for about an hour taking pictures of the beautiful scenery before descending the trail and returning to our bus.
We will return to Pitumarca for lunch and then head back to Cusco.

Today, after breakfast, drive on your own (transfer not included) to the Cusco airport for your flight back to Lima – and then home.

What is Machu Picchu?

Machu Picchu is an archeological center that preserves the remains of an Inca city, built in a green environment of mountains and rivers, a mystical and mysterious place; in addition, it is a patrimony of humanity and one of the most desired destinations in the world.

It is located at 2,400 m. a. s. l. in a cloud forest between the Andes Mountains and the Amazon rainforest of Peru.

How to get to Machu Picchu from Lima?

To get from Lima to Machu Picchu you must travel to the city of Cusco by plane or bus.

When to go to Machu Picchu?

It is possible to go all the year, the minimum temperatures vary between 8 ºC and the maximum around 20 ºC.
There are 2 seasons in Machu Picchu: the dry season and the rainy season. The first one takes place between April and October, it is characterized by little rain and a sunny climate. The rainy season runs from November to March and is characterized by constant rains.

How much luggage can I take on the train?

On trains to Machu Picchu you can only take hand luggage that should not exceed 5 kilos (11 pounds).

Can Machu Picchu be visited by people of any age?

From what time can I enter Machu Picchu?

What to see in Machu Picchu?

Machu Picchu is home to almost 150 amazing constructions, these are some of the places that stand out: 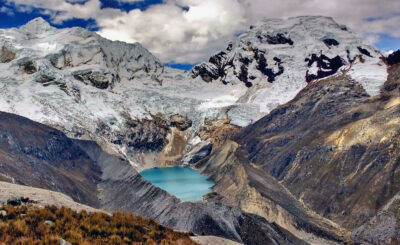 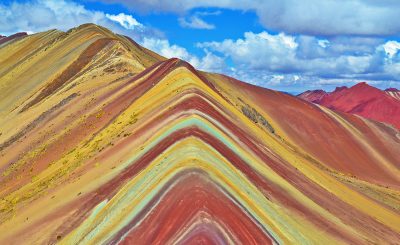